Hello our loves! This is a super chatty post, so grab your popcorn ‘cuz this will be a dense one!

Okay, lets start off with our high school graduation! 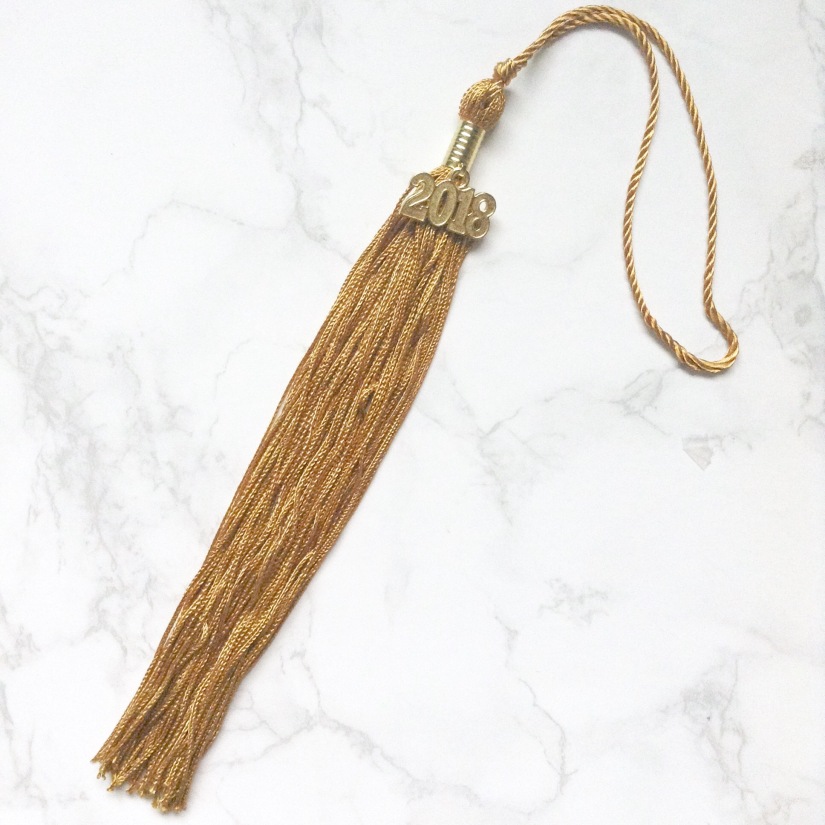 We will be graduating high school in two weeks. For the both of us, it hasn’t really set in that our high school career will be at an end. We met our freshman year, so this will be bitter sweet. The two of us have already gotten our caps and gowns, as well as our graduation dresses. When we got our caps and gowns, we thought finally it would sink in that we’re graduating, but it hasn’t. We both feel so ready to be out, yet at the same time we aren’t ready to leave.

Both of us are going to college next fall, but it was tough to make the decision of which schools we wanted to attend out of all that we had applied to!

Hailey: I was stuck between a school in Boston and one in California for the longest time. The college in Boston was the best in the world for what I was studying, but I didn’t like the people or campus as much as the California, and it was hard to let that opportunity of such a good program go even if I knew it wasn’t a good fit for me. It made me so stressed, but I didn’t realize until I had picked the California how much it had been affecting me. That was one of the reasons why Christine took over so much in April, I just was not able to blog from the nerves of picking a school.

Christine: Choosing the college that i am attending to caused me a lot of stress too. In one hand I had my family, who were very set upon me going to the school of their choice, and in the other I had the school that I had fallen in love with. It was hard, because I knew if I made the choice of my school, my family would be very upset. I knew that I very well could be paying for college by myself. Which as a senior in high school, working a part time job, is a little daunting. In the end i chose the school I had fallen in love with. Naturally my family isn’t too happy about that, but I know that i need to follow my dreams no matter how difficult. I chose my New York school (New Yorkers comment below!)

The next topic we want to cover is our pets. We both had to put our first pets down on the same day (the middle of May). That is one of the reasons our post have been lacking of passion. These animals were both our first pets. Hailey got her cat at the age of eight, Christine got her dog when she was four. We’ve had our pets for a large portion of our lives. We understood that as they both got older, one day we would have to make that difficult choice. Never in our wildest dreams did we imagine it would happen so soon.

Unfortunately my cat, Higgins, was not doing very well internally even if we couldn’t see it on the outside. He was about 17 (we think, he was adopted from a shelter) and he was having kidney failure, hyperthyroidism and mini strokes. He really was suffering and it was really hard to let him go, but he was purring and marking our whole family literally up until we put him down, it was so sad. Christine and I were comforting each other the whole rest of the week, it was hard to be motivated to do much at all and I still miss my Higgins.

I got my dog, Rosa, when i was four. She was always very protective and motherly toward me and my second sister. When she turned 16 we started noticing a lump forming on the inside of her mouth. She had always had bad teeth, so we assumed that she had an infected tooth or something like that. We didn’t think too seriously about it until we noticed it growing less than a year ago. Worried, my family and i took her to the vet. They had told us it was oral cancer, and by this time it was too late to do anything, removing the tumor would forever deform her face, it would be hard for her to eat. They told us to enjoy the time with her that we could. We all worked together to make Rosa feel as comfortable and happy as she could, as her tumor only grew. By the end of her life it was hanging out of her mouth like an elephant tusk, she couldn’t eat, and she had formed a cyst on her neck that ruptured a hole into her neck, you could literally see her insides. It was a hard goodbye, but every day i grow stronger and am put more at ease. I felt bad that by the end of her life i wouldn’t look at her because i could feel her pain, and i hated seeing her in pain. Now i know she and Higgins (who i believe would have been best friends if they had met) are now playing in a happy meadow together. Pain free and as happy as can be!

On a MUCH happier note, our prom was last weekend! We had so much fun, we’ll have a prom get ready with us/pictures coming your way soon!

Two beauty bloggers who love makeup, hair, skincare and every aspect of beauty! We post every Monday and Thursday! View all posts by beautyholics101